Barrio Buena Vista Neighborhood Association and the Centro Artistico y Cultural, invite Land Arts students to undertake two collaborative projects over a four day period in the community: a bus stop shelter and preparations for Dia de los Muertos. Buena Vista has been requesting a bus stop shelter from TexDOT for many years with no avail. Undertaking this project, Land Arts students conduct a site analysis, design charrette, construction and installation of a public shelter and billboard. At the same time, another group of Land Arts students assist guest artist Maestra Mary Lou Valencia with workshops and organization of Dia de Los Muertos festivities at the Centro. 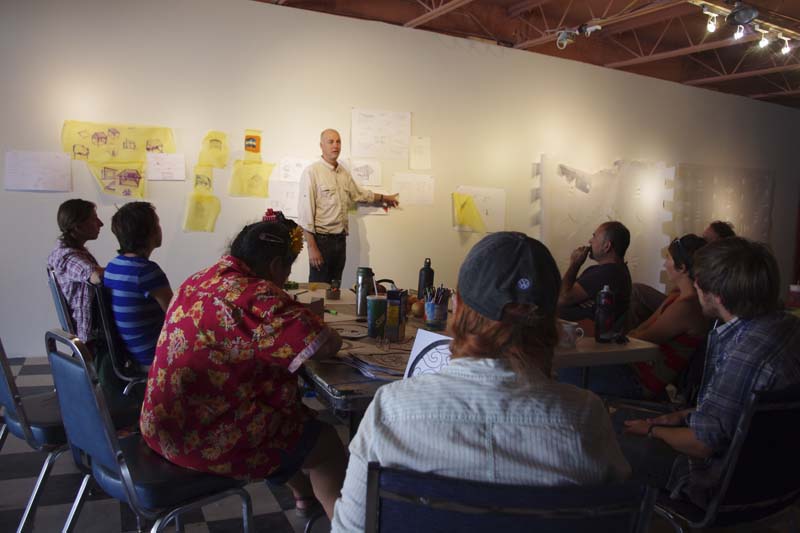 We took the straight line of I-10 to arrive at this juncture of power lines.

We worked. The madness of hyper-speed design-build, with an audience. No code followed. Guerilla maneuvers at their best and worst. What is the correct spacing of these slats? It's done. Concrete floor crashing. Load up the vans. Go. Most enjoyable. Moment: Looking down at the strange damage to my hands as I drive the cargo van frantically to the lumber yard, as the local radio station blares norteño. 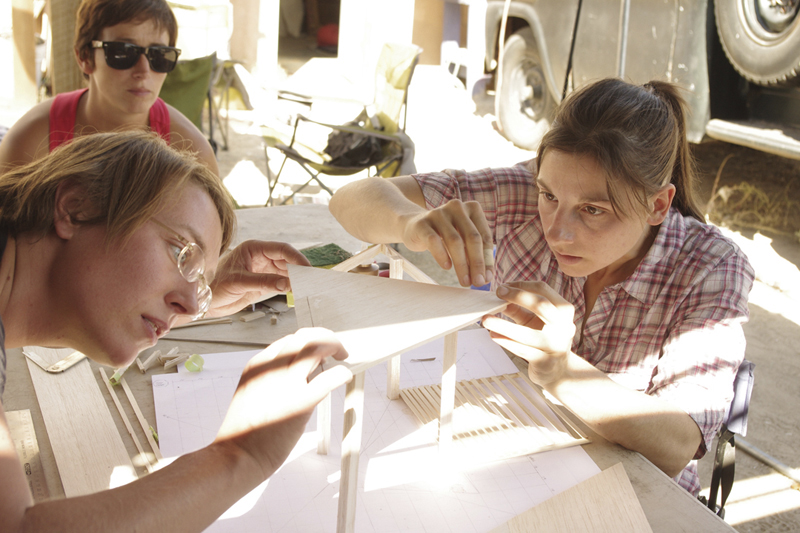 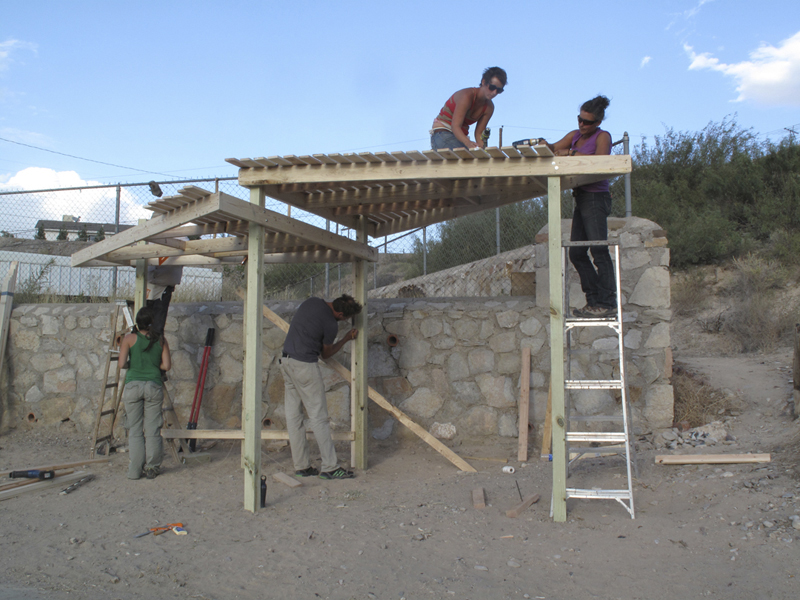 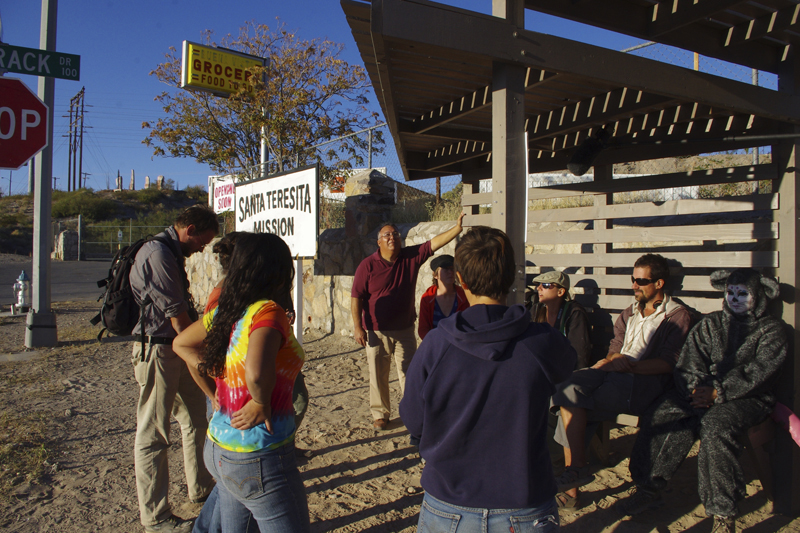 Armando Carlos of the Buena Vista Neighborhood Association, hanging out with students at the completed bus stop shelter 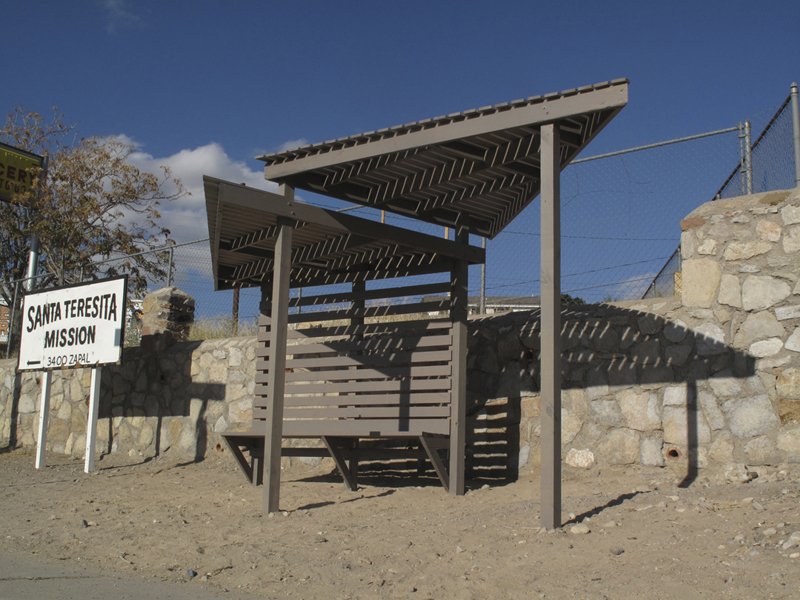 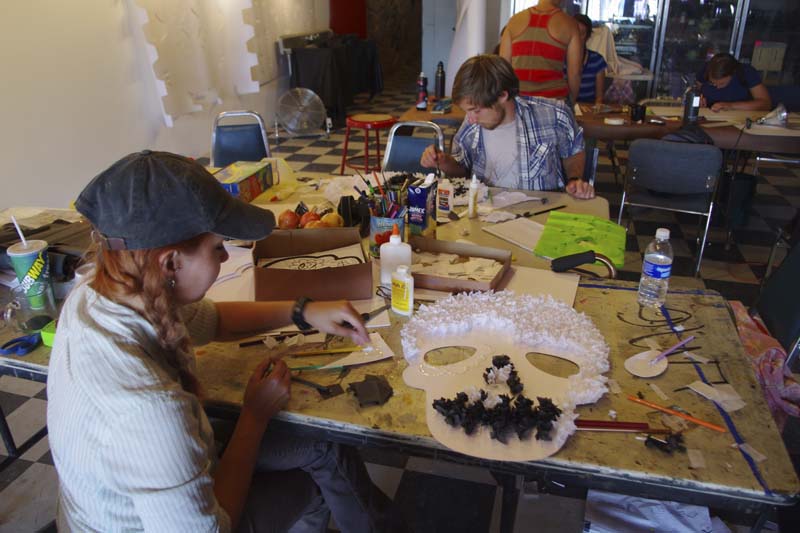 Students work on paper masks and papel picados for the ofrenda 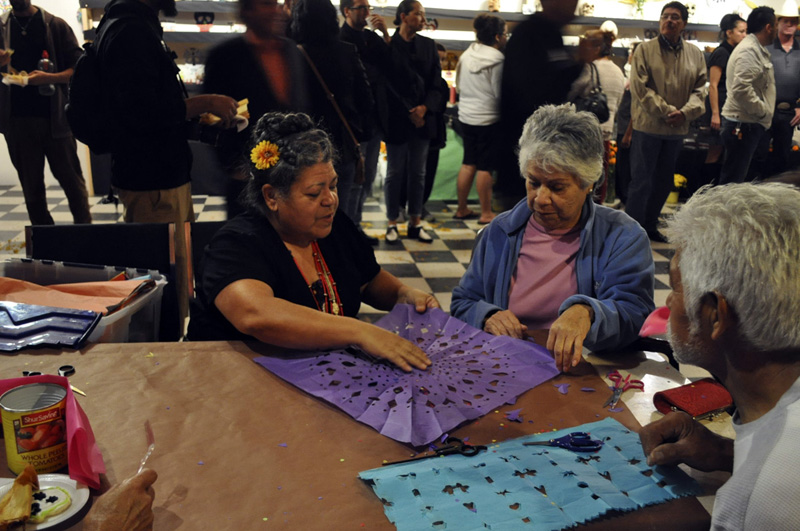 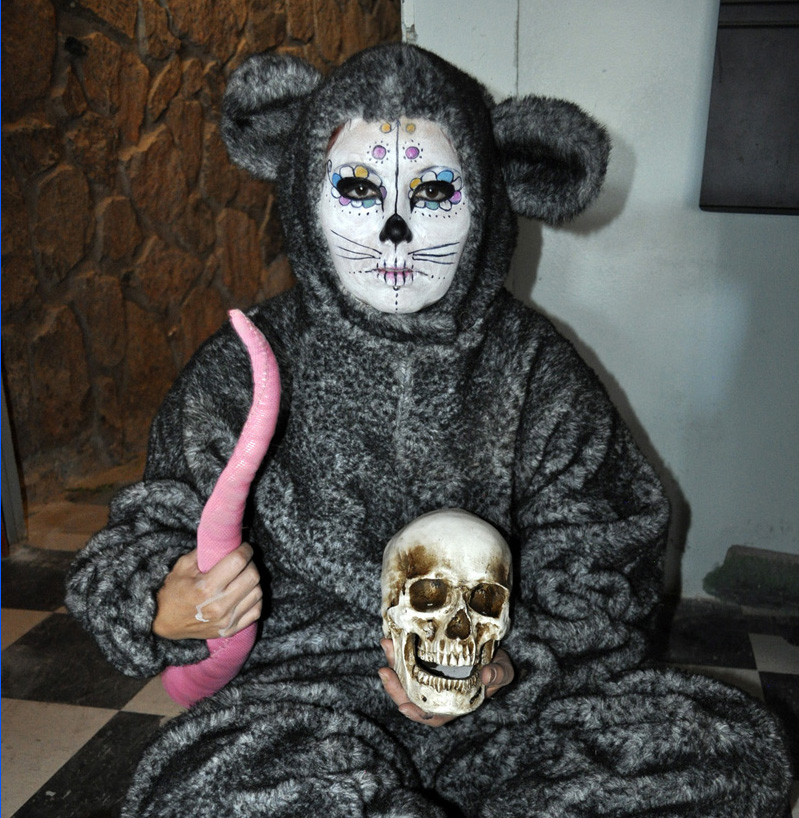