2012 Ephemerality in the Public Landscape

Buster Simpson works with collaborative groups of Land Arts of the American West and University of New Mexico, Landscape Architecture students to design and produce site-specific, public projects on campus. These projects are developed with the general parameter that pallets will be used as foundations for the works and considerations of ephemerality in the public landscape will be investigated. 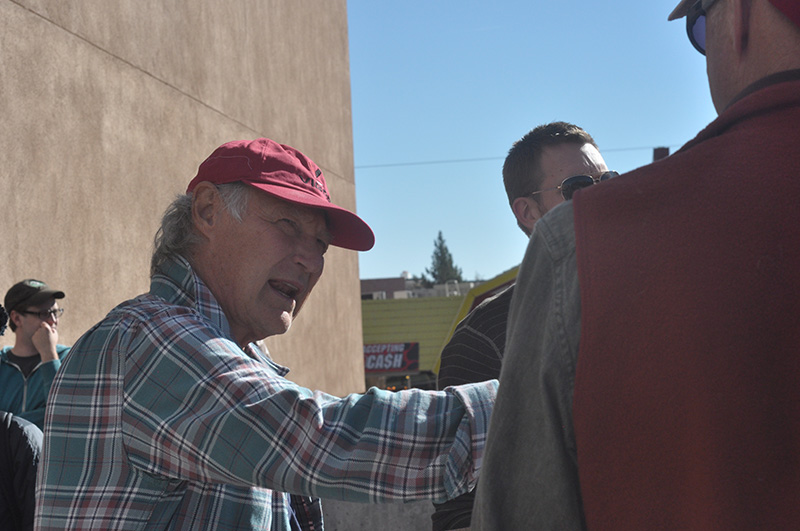 Buster Simpson discusses the relationship between art and public space.

"As a provocateur, trickster, and healer, the artist can stimulate thinking as well as present a visually legible image with a disarming, poignant viewpoint. Artists working in the public must be cognizant of the responsibilities and obligations inherent in shared space.” 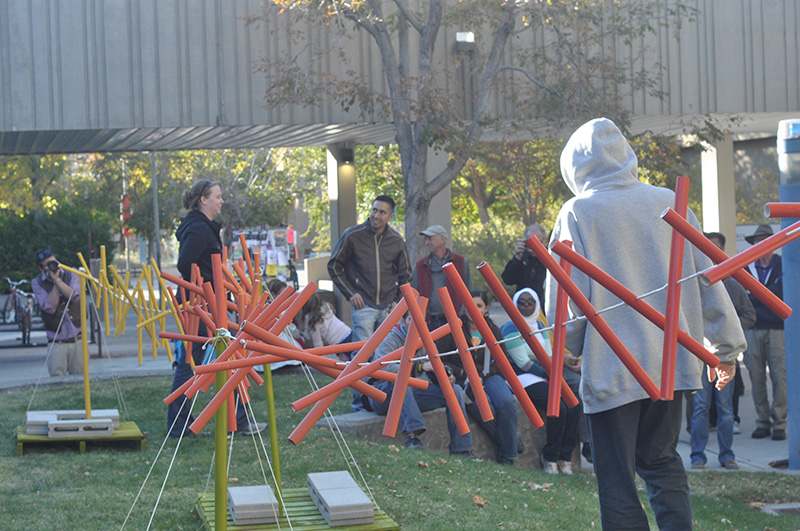 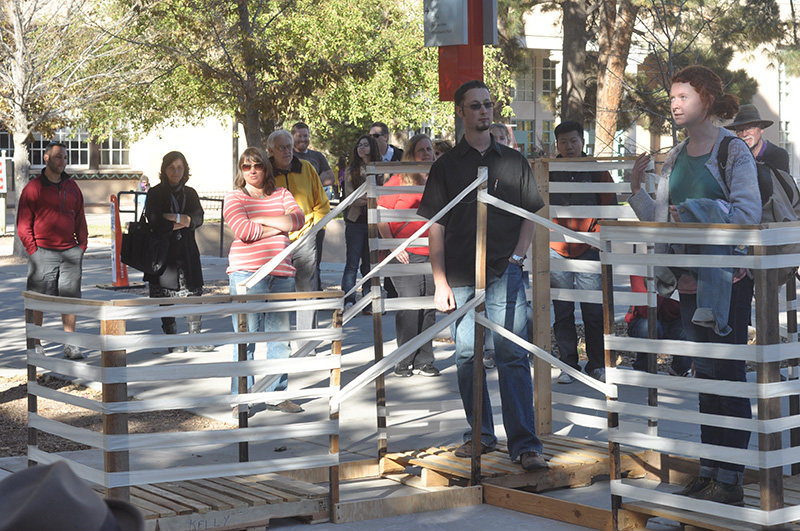 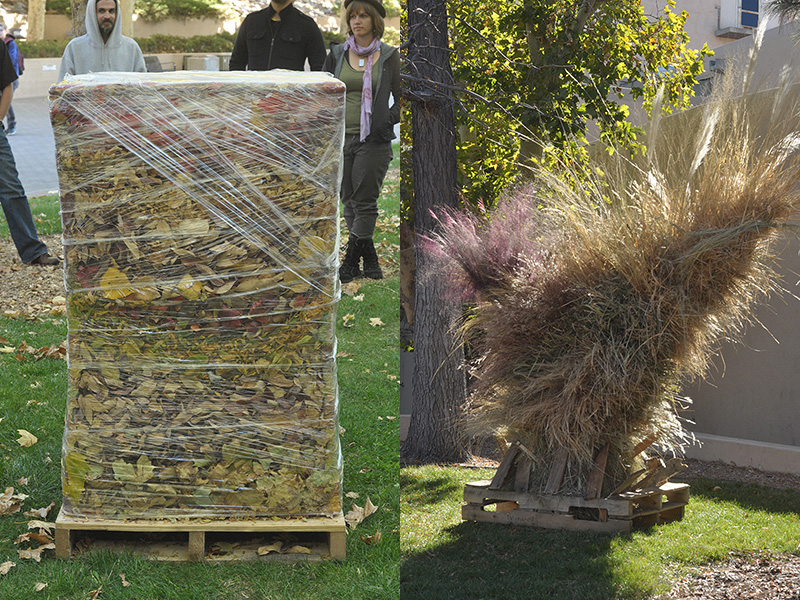