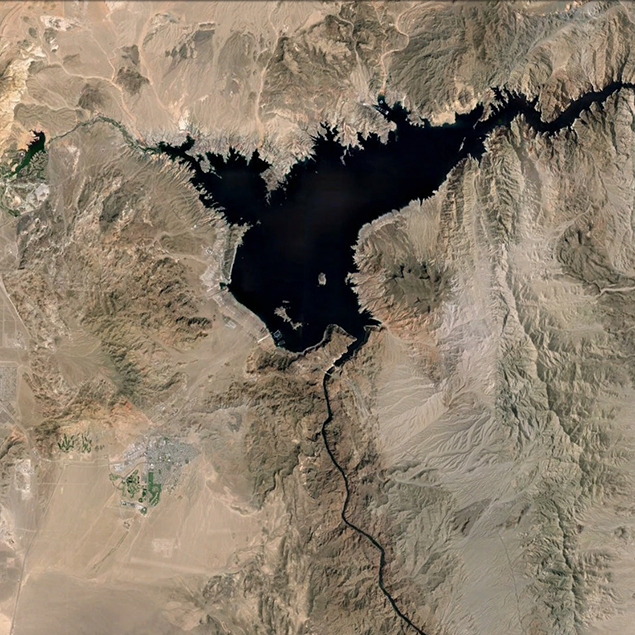 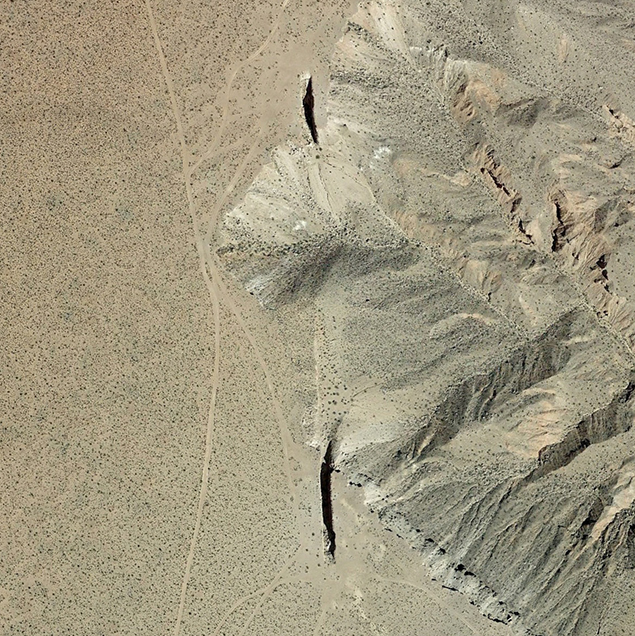 At first I didn’t feel much. I was having that pre-mediated-experience experience like when you’re standing at the base of the Taj Mahal—like you’ve stepped into a postcard. Then I started to notice the details. I began to be interested in the way that Double Negative is part of an environment and that life goes on not only despite but also because of this intervention. I noticed the plants finding shelter in the base. I noticed small dunes forming at the edges like on the deposition side of a meandering stream. A large nest of sticks was tucked into the tall side of this human canyon where a chunk of conglomerate had tumbled away. At the top of the wall, a ring of stones for a fire marked another sign of life. I noticed how the southern talus slope was covered with plants, while the other side was still clearly exposed. Double Negative becomes richer with the passage of time, for me, as it is integrated into the landscape by processes that use the change that Heizer affected to affect more change. To me these changes are not only about decay and entropy, they are about vitality and unrelenting dynamism. Nothing stays still. Nothing is permanent. Even when Double Negative is completely obscured, it will have affected the local drainage patterns and topography by the differential way that processes act upon it in a larger context. Double Negative’s mark in the landscape is an indelible one in this sense—its erasure will make new marks. 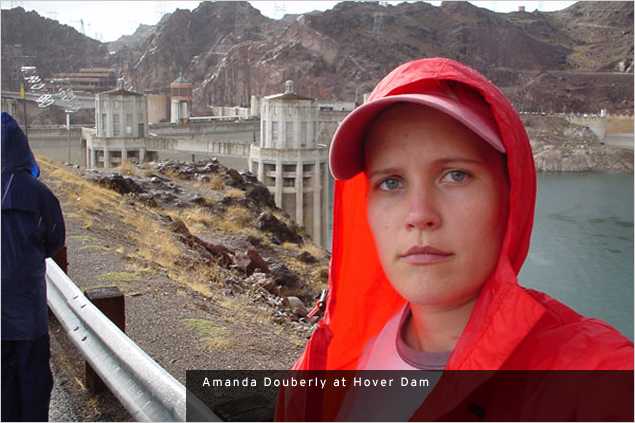 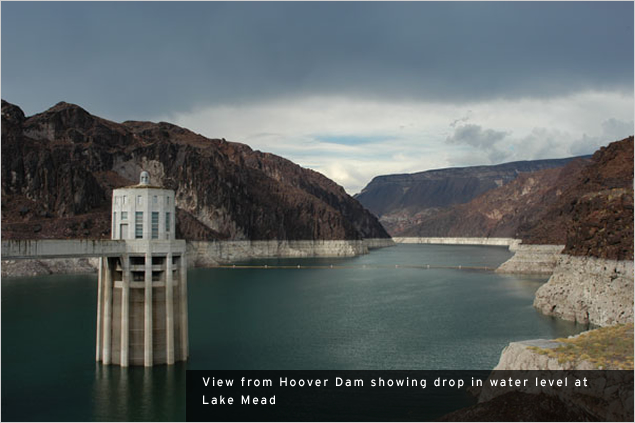 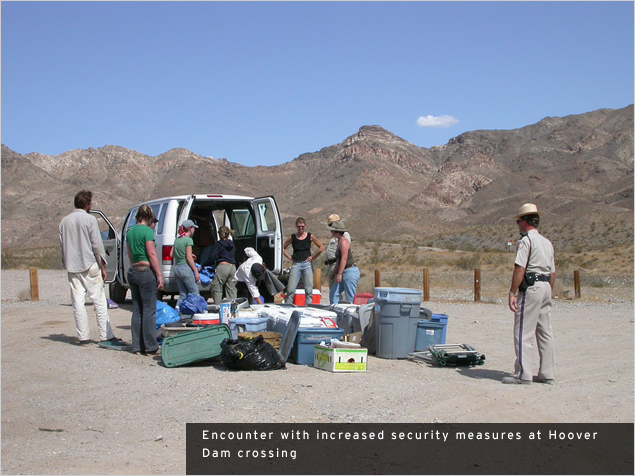 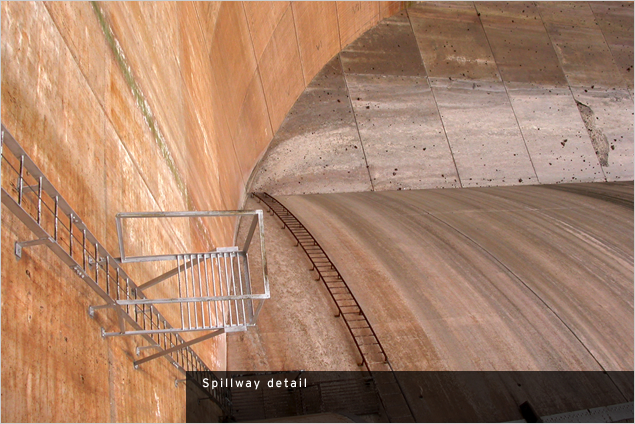 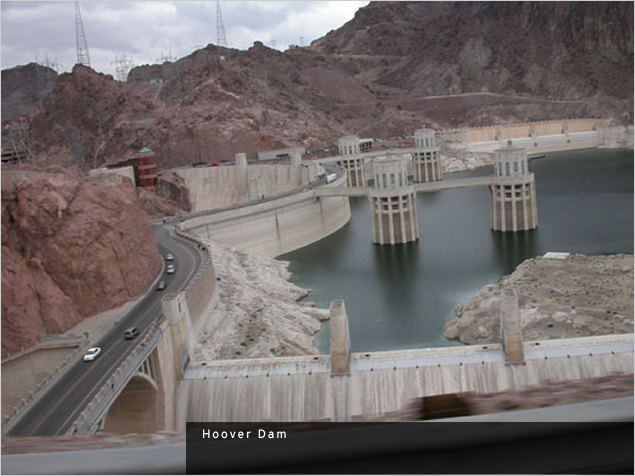 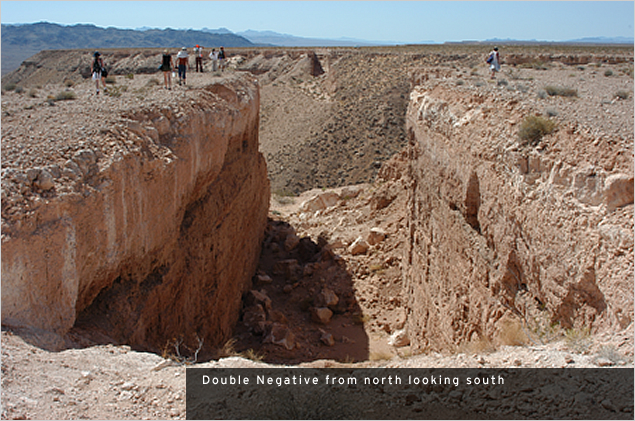 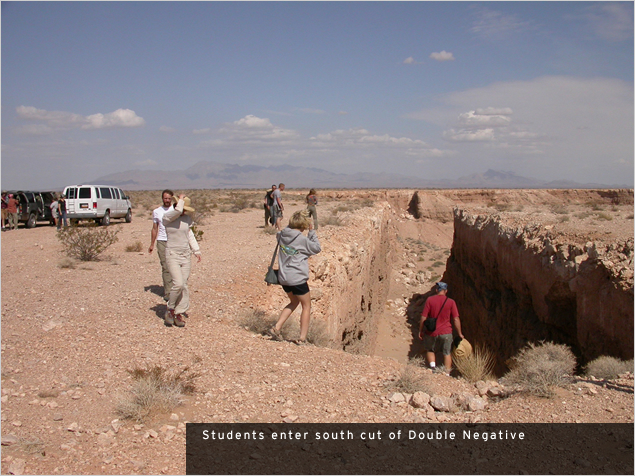 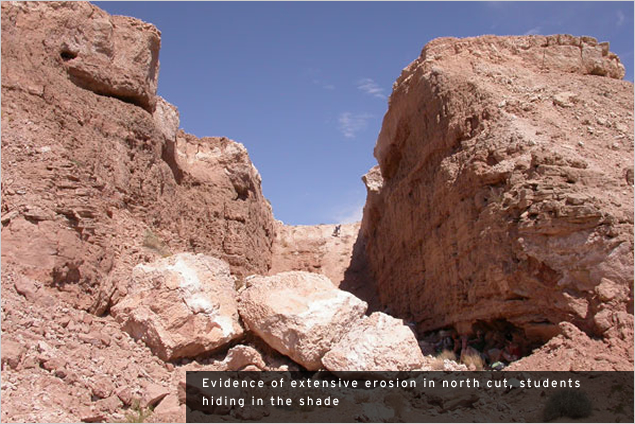 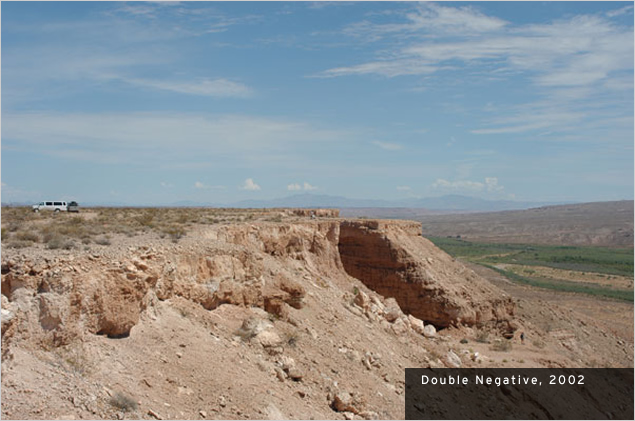 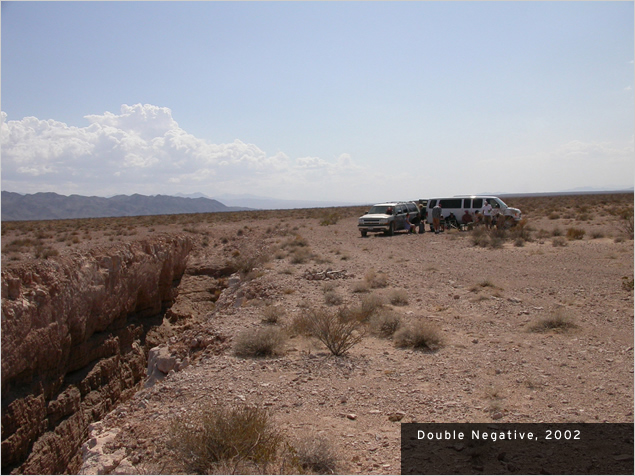 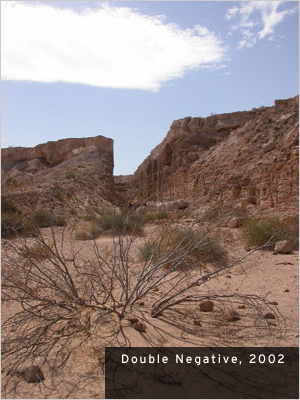 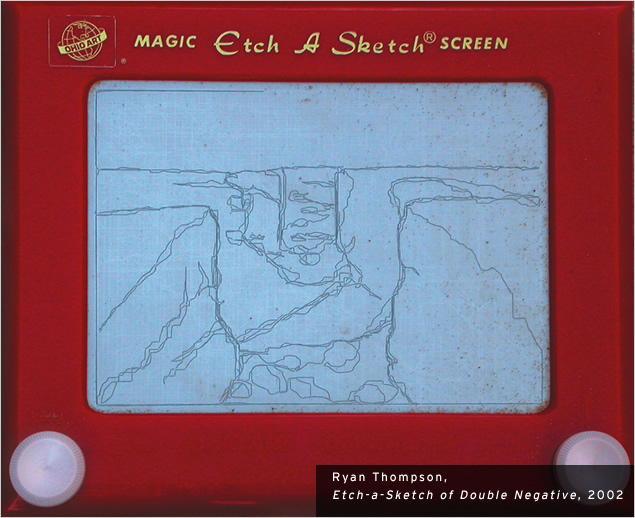