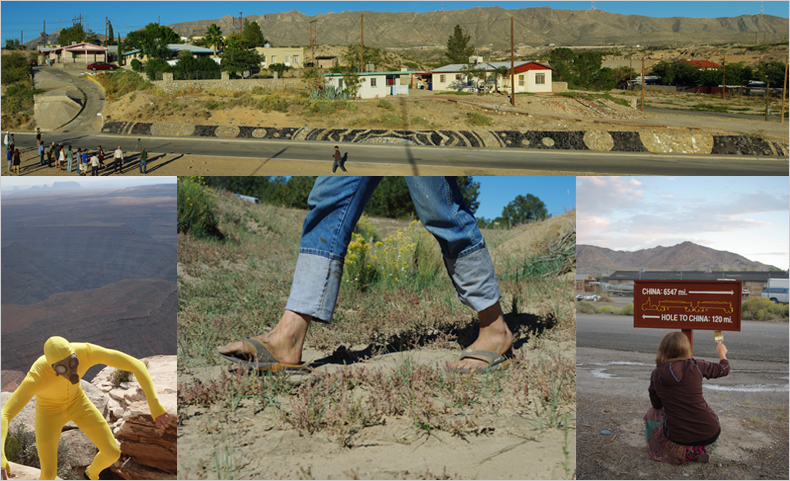 It's been a busy day here in El Paso. We've been working with Roberto Salas in the Bueno Vista barrio, making a large-scale (200' x 6', a long retaining wall near the freeway) mural out of leftover/reject marble from local stone merchants. I have to say, I'm impressed with our progress. When we showed up, and saw it, and then started a brainstorming session, there was no doubt in my mind that we'd be leaving after five days with about half the thing completed. But now it actually looks like it will be finished! Truly, there's only an hour or so more stone-laying to be done in the morning, and then we can dedicate the next two days to grouting and landscaping. I'm dumbfounded, and my faith in the whole many-hands-make-light-work-thing has made a complete resurgence.