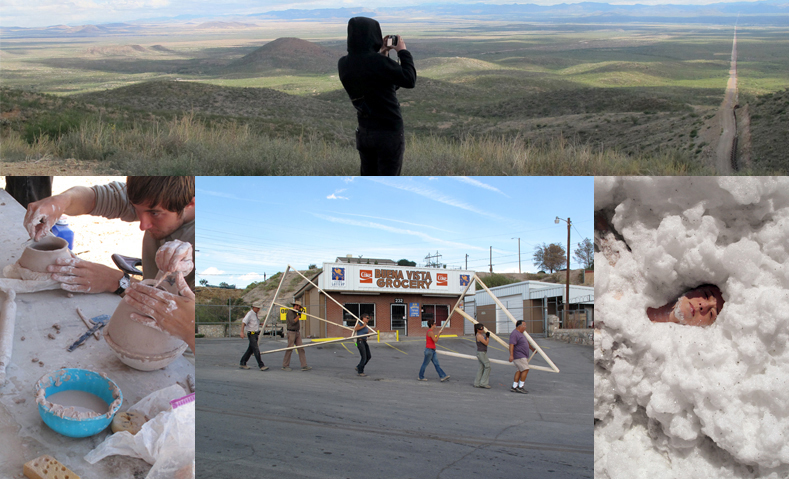 TODAY: 2 flat tires, 1 cargo van break-in Guests for our first location! John and Marzena from Australia and David, David, and Tony from New Mexico State University. All photographers, oddly enough. David Taylor, as guide, led the day's trips to various border monuments. Border Patrol: Cory and Thomas… taught us about tracking. Pushing a sign: Finding further signs/movement from an existing sign. Sign: Footprints, grass pushed in one direction. Disturbance: Rocks moved slightly, darker soil where it was impacted by a foot. Spotters: Mexicans who stand on mountains with radios and alert crossers to Border Patrol's movements. Mules: Those who carry the packs across the border. Sarape: What the packs' straps are made from. What C & T said: Packs are usually 40-60lbs of dope. They move at night and sleep during the day, usually. 90% of the crossers in their area (mountainous) are drug mules, 10% immigrants.* *I found over the course of our time with the Border Patrol that these figures changed depending on who you were talking to.